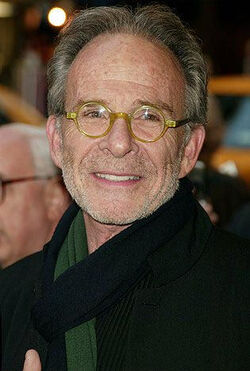 Ron Rifkin played Arvin Sloane throughout all seasons of Alias.

Rifkin was born Saul M. Rifkin in New York City, New York to immigrants Miriam and Herman Rifkin. He is the oldest of three children. He was raised in Orthodox Judaism and remained Orthodox until the age of 32. Rifkin is married to Iva Rifkin, who operates a fashion design business.

In 2001, his association with Touchstone Television began when he played director Arvin Sloane in Alias, opposite Jennifer Garner. Currently, he plays second-in-command businessman Saul Holden on Brothers & Sisters, opposite Sally Field. He also played Bonnie Franklin's second boyfriend on One Day at a Time.

Rifkin has enjoyed a long and distinguished career in film, on stage, and in television. In 1991, his performance in Baitz's play The Substance of Fire won him the Obie, Drama Desk, Lucille Lortel, and Drama-Logue awards for Best Actor. The following year he performed in Baitz's Three Hotels, for which he received a second Lucille Lortel and Drama Desk nomination. In 1996, he starred in the film version of Substance; in 2002, he appeared in the Baitz play Ten Unknowns at Boston's Huntington Theatre; in 2004, he starred in his play, The Paris Letter at the Kirk Douglas Theatre in Los Angeles, a role he reprised the following year at the Laura Pels Theatre in New York City.