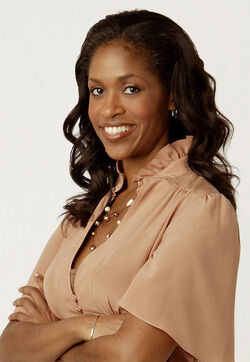 Merrin Dungey is an actress best known for her role in Alias, The King of Queens, Summerland and Once Upon a Time (with David Anders, Tony Amendola, Agnes Bruckner, Sebastian Roché, Faran Tahir, etc), She played both Francie Calfo and Allison Doren in the Series.

Retrieved from "https://alias.fandom.com/wiki/Merrin_Dungey?oldid=9583"
Community content is available under CC-BY-SA unless otherwise noted.