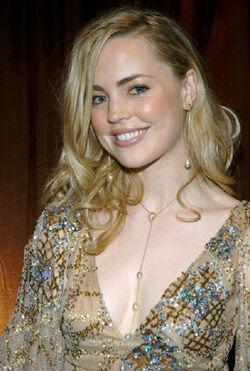 George was born in Perth, Western Australia, and developed an interest in dancing and began studying jazz, tap, ballet, and modern dance at the age of seven. George started modeling in her early teens and in 1992 she was named Western Australia's Teenage Model of the Year. At the age of sixteen she was discovered by casting agent Liz Mullinar and got the role of Angel Parrish alongside Dieter Brummer on the popular Australian soap Home and Away. George left Perth and moved to Sydney to start her acting career. After three years on the show she decided to leave to try find other acting challenges. Melissa was featured nude in Australian Playboy and also in celebrity photo magazine Black + White shortly after leaving Home and Away.

After moving to Los Angeles, she scored small roles in several films, including Dark City, The Limey, Mulholland Drive and Down with Love. She also starred in several TV pilots that were never aired on television, such as Lost in Oz. She had brief success in 2001 with the cancelled ABC drama-comedy Thieves, co-starring John Stamos. She also starred in the WB hit series Charmed for the sixth season premiere.

George achieved a significant breakthrough in 2003 when she landed the role of Lauren Reed on the ABC series Alias. Also that year, she became Rachel's nanny in the American sitcom Friends. Her first starring role in a feature film was Kathy Lutz in the 2005 remake of The Amityville Horror. The same year, she played Deanna Schine in the thriller Derailed, co-starring Clive Owen and Jennifer Aniston.