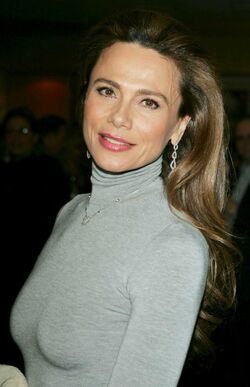 For her work on Alias, Olin received an Emmy Award nomination for Outstanding Supporting Actress in 2003.[2]

Lena Olin has been nominated for several acting awards, including a Golden Globe for The Unbearable Lightness of Being  and an Academy Award for Enemies, A Love Story.

Lena Olin worked both as a substitute teacher and as a hospital nurse before becoming an actress. She performed for over a decade with Sweden's Royal Dramatic Theatre-ensemble (1980–1994) in classic plays by William Shakespeare and August Strindberg, and appeared in smaller roles of several Swedish films directed by Bergman and in productions of Swedish Television's TV-Theatre Company.